How we got started

From 1967 to 1969, Mike Murach worked as a staff writer for a college textbook publisher that was a wholly owned subsidiary of IBM. During that time, he was surprised to discover that none of the managers had any notion of how a book should be planned, how a chapter should be planned, how illustrative material should be used, or for that matter how to do any other phase of organizing or writing a book. 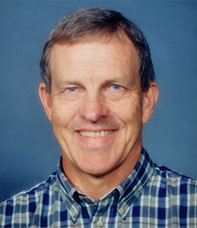 When Mike asked the top manager how he defined a good book, the answer was “one that sells.” When he asked why the company didn’t develop a theory of instruction that could be implemented in their books, he was told, “No publisher has the time to worry about educational effectiveness.” When he asked why they published more than one book on each subject he was told, “That way the market can decide which one is the best.” And when Mike suggested that one of the books that they were working on wasn’t going to be nearly as good as five other books that were already on the market, he was told, “Don’t worry about that...our marketing is better than theirs.”

At that point, Mike quit working for the company as an employee, and became a freelance writer of two best-selling college textbooks for the same company. As part of that experience, he developed his own theory of instruction as well as methods for all aspects of writing a book.

But as part of that experience, he also learned more of the jargon of the publishing industry. For instance, “flash and trash” refers to a book that isn’t any good but has alluring graphics. “Proliferation publishing” refers to the fact that publishers have no qualms about publishing books that are identical to half-a-dozen other books that are already on the market…if the other books are selling. And “Try to publish the first book on each subject” is a mantra that means it’s a lot easier to publish the first book on each subject than it is to publish the best book.

Concerns like those eventually led Mike to start his own publishing company in 1972...a company that would be run on an entirely different set of principles.

As a freelance writer, Mike had studied writing methods and educational theory, spent many hours analyzing competing books, taught in community colleges, and made himself the best writer he could be. Now, the trick would be to pass on what he had learned to the writers for his company.

So Mike started by hiring Kevin McQuillen, a brilliant friend from his days at IBM, as a fulltime employee to co-author the first Murach book. It was a book on System/360 Assembler Language for the IBM mainframe. There were already 12 books on the subject, and Mike was advised by friends to start with a book on some other subject.

But Mike had analyzed the competing books and knew that none of them really worked. He believed that he and Kevin could develop the best book on the subject. And he was sure that the best book would get more than a fair share of the market.

He was right. The book was published in 1974 (almost 2 years in the making), it sold more than 50,000 copies, and it was adopted by more than 200 colleges and community colleges for their courses. Murach Books was on its way.

What keeps us going 40 years later 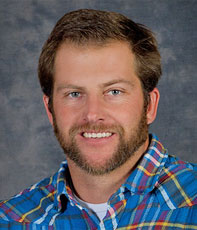 Today, some 40 years later, Ben Murach is the president of Murach Books, and Joel Murach is a lead author and editor. They were raised to believe in the principles that the company was founded upon, and they are still running the company based on those principles.

In contrast, the largest technical publisher today offers 7,000 books on its website, with 124 on just HTML5 and CSS3. Another technical publisher that has only been in business 5 years already offers more than 1000 books. But how can you maintain book quality if you publish 200 or more books each year? You can’t and you don’t.

The good news for us is that it feels good to stay out of the helter-skelter world of publishing and to keep trying to improve upon our own standards for making the best books. Although that may not be a fast path to riches, it sure is satisfying. And nothing feels better than getting customer comments like:

“I got your book yesterday afternoon and stayed up half the night reading it.”
Or:
“What a tremendous resource your book is.”
Or:
“I feel like I’ve found some saints in the corporate world.”